When I was growing up in New York, every year I looked forward to autumn! There really is nothing like autumn in New York the leaves on the trees are all different shades of red, orange, and browns, the air is crisp and there are crunchy leaves to step on all over the ground. 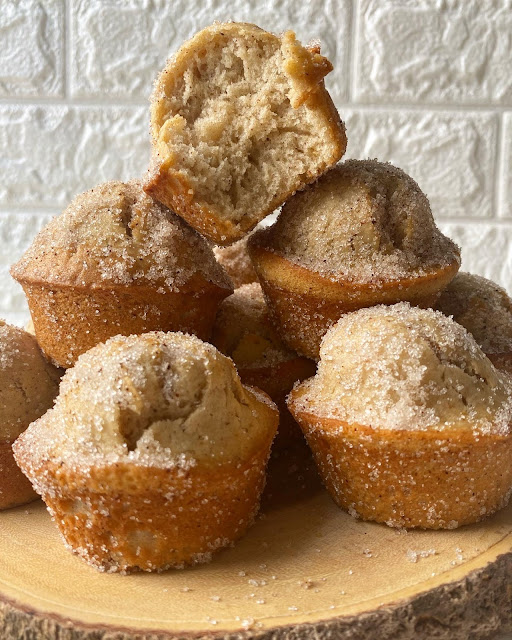 What I looked forward to the most were the jugs of apple cider that my mother would buy. The cups of apple cider that I would drink throughout the fall were such a treat. Right now I would love nothing more than to put on some cozy socks and sit by the fireplace in my parents' house with a cup full of cider. 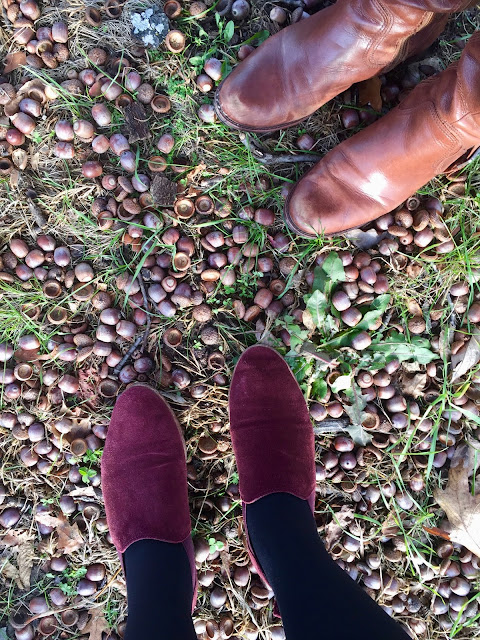 The big question is what is the difference between apple cider and apple juice? Apple cider is made from apples that are crushed into a mash that is then pressed to release juice. This juice is unfiltered and unpasteurized and has a much more distinct apple flavor like biting into a fresh apple. An important note when buying apple cider is to make sure that it is just apple cider no spices added and of course that it's not hard cider which is delicious in its own way. 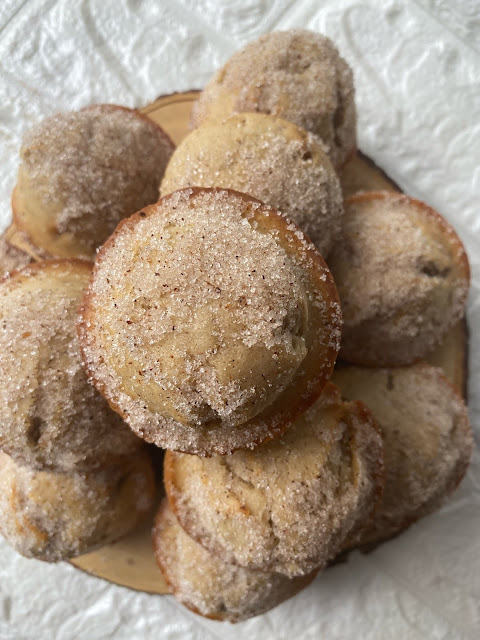 Apple cider donuts are a very trendy fall item, but why not make them in muffin form for #muffinmonday!
The batter of these muffins has cinnamon and nutmeg, two spices that work so beautifully with apples and if you are able to get whole nutmeg I highly recommend grating it fresh it's a world of a difference from the ground stuff in a jar.

After these muffins come out of the oven they get rolled in cinnamon and sugar giving the outside a beautiful glistening coating.

These muffins have the aroma of apple cider and remind me of my childhood enjoying autumn in New York.

Spray a standard-size muffin pan with oil - you don't want to use paper liners because these get coated in cinnamon sugar when they come out of the oven.

In a large bowl mix together the flour, baking powder, baking soda, salt, cinnamon, and nutmeg. Add the sugar, oil, eggs, and apple cider. Mix until just combined and smooth. Scoop into prepared the prepared muffin pan. Bake for 15-18 minutes until a toothpick inserted in the center comes out clean.

While the muffins bake mix the cinnamon and sugar together in a medium bowl.

Allow the muffins to cool for a few minutes in the pan and then spray or brush with oil and roll in the cinnamon sugar to coat.

Enjoy with a cup of apple cider for the perfect autumn treat!

If you would like to make these in donut form spray 2 donut pans with oil and pour in the batter bake for 10 minutes and then follow the cinnamon sugar coating directions.

Posted by The Katamon Kitchen at 4:09 AM